as I lay on my deathbed in the hospital room,

the awareness of my soon doom,

but more so it ensues feelings of regret,

so many stupid decisions which in my heart beget

feelings of indecision, unaware of what is next.

i can feel your lungs weaken

the disease that’s ripping your life is unknown,

all we know is you had to leave your son and husband at home.

soon you’ll have to leave from the life you’ve known.

i see all your thoughts, you always think about being dead.

you think about the things you wished you had said,

a couple more nights praying to the one above you

i remember my last words to my son,

and said so empathetically, I loved him,

so death could see.

but it doesn’t matter, because talking doesn’t work,

so I’m patiently waiting for the coffin and the hearse,

and then all a sudden I started coughing and it hurts,

then I pressed the button which was calling for the nurse.

but it couldn‘t be her,

instead I got the black hooded death,

known as the Grim Reaper.

you approached me, I got cold, time froze,

your hand hit mine.

you got close to me and told me, that it was my time.

filled with frustration I couldn’t control,

snatched my arm away from your hand so cold,

looked you in the eyes, because it was time you told,

you’re not taking any more lives and it was my time, I spoke.

“if you reap what you sow, why reap souls?

you’re the creator of none, but you can take them and run?

how is this so, the keeper of the souls,

reaper who sold nothing he sowed?

he only stole, and away he stowed ,

until he bestows them to the one below.

and we all know that he has no soul.

so your envy controls and even he knows

in heat he chose to fight those he loathes.

despising those whose demise,

spiting foes, despite inside he knows,

that it was he who has chose,

the life as Reaper of Souls.”

after I finished my speech,

he roared with laughter and disbelief,

then, up I leaped and for his sickle I reached,

chopped off his head, which fell to his feet.

but to my surprise, death did have a soul,

and into my body, the spirit arose.

the Grim Reaper’s hood then covered me whole,

from the inside to out my body became cold.

i was no greater than he, reaping what I did not sow.

i was just as Grim,

and now the new Reaper of souls. 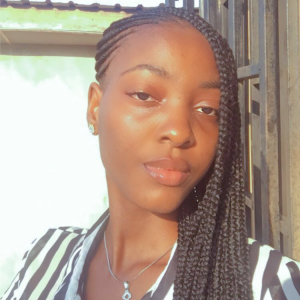